Customers in Australia’s hottest town to get more solar power Residents in the remote East Pilbara town of Marble Bar will soon be able to reduce their electricity bills, with the commissioning of a battery energy storage system to store excess energy from rooftop solar panels when the sun is shining.

Marble Bar is recognised in the Guinness Book of Records as Australia’s hottest town, at times recording temperatures of over 37 degrees Celsius for over 100 consecutive days, making it an ideal candidate for rooftop solar systems.

The occasion marks a significant milestone in Horizon Power’s $31 million Energy Storage in Regional Towns project, funded by the State Government’s WA Recovery Plan, which will see similar systems rolled out to several other regional towns.

The battery will store excess solar energy, which will eliminate the impact of excess rooftop solar generation on the power station and ensure a reliable power supply for the approximately 600 residents.

It will free up over 100kW of solar hosting capacity, expected to be made available to customers early next year, giving them the ability to reduce their electricity bills. It will also complement the town’s existing centralised solar farm, which generates more than 1000 MWh (or 1 GWh) of renewable energy per year.

In total, Horizon Power’s Energy Storage in Regional Towns project will enable the release of approximately 10MW of hosting capacity across regional towns, which translates to more than 3,000 households having the ability to connect a standard 3kW rooftop solar system, which has the potential to reduce their energy bills by an average of $1,275 a year.

If the hosting capacity is all taken up, approximately 17,000,000 kWh a year of additional energy will be generated from renewable sources, reducing carbon dioxide emissions in regional Western Australia by about 10,000 tonnes a year.

It will also provide opportunities for local installers to supply solar systems to customers, in keeping with the State Government’s focus on facilitating regional economic development.

Similar systems have recently been commissioned in Yalgoo and Wiluna, with solar hosting capacity limits expected to be lifted for those communities early next year as well.

Horizon Power engaged WA-based renewables innovator, Hybrid Systems Australia, to supply and install the battery in Marble Bar. A team of six workers were involved in the delivery phase of the project.

“We know customers from across our service area have a strong appetite for connecting their own rooftop solar systems and installing batteries like this one in Marble Bar mean we can help them achieve this,” Ms Unwin said.

“This exciting project is just another way we are delivering on our goal to reduce our customers’ energy bills by 10% and have zero refusals when it comes to connecting solar in the next four years.” 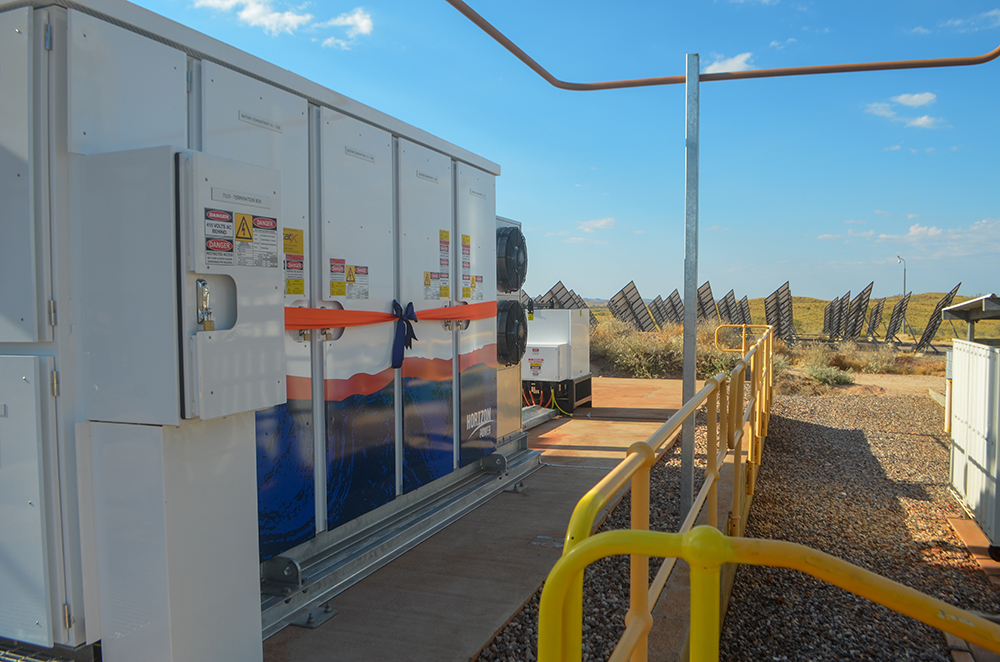